Little Big Snake Little Big Snake Unblocked (.io) is an epic new .io game with awesome graphics and superb multiplayer gameplay. This game builds upon what made many of the other .io games like Worms Zone great and takes it to a whole new level. This is an io game like nothing else. In this game, you must […]
4.2 1 5 5
0 / 5 4.2 5

Little Big Snake Unblocked (.io) is an epic new .io game with awesome graphics and superb multiplayer gameplay. This game builds upon what made many of the other .io games like Worms Zone great and takes it to a whole new level. This is an io game like nothing else. In this game, you must take control of a slithering snake. Your snake starts of small in size. You must move your snake around the map and collect the colored orbs scattered on the ground.

Gameplay as a snake is simple. You control your snake using your mouse or if you’re on the iOS version, the screen. Your snake never stops moving, there is no “pause” or “stop” button, but there is autopilot. More information on that in the next section. To speed you may press “Space” or “Left-click”. While sprinting, your energy bar will decrease rapidly.

If you run out of energy, you will begin to lose mass. Energy will regenerate over time, and can be quickly regenerated by eating. On Mobile you must use the joystick provided to turn, in order to speed you can press down on the mobile device screen you are using at the time. Everyone also will be moving around like this too! Make sure to be careful as you explore your surroundings!

Co-op is when you team up with other player(s) in a game. Co-op is also known as “teaming” with other players, but this is the canon term the game uses. In order to team you’ll need friends, you can make friends by:

1. Mini-Map: A small circular map in the lower-right corner of the screen is visible once you are in the game. Near the Mini-Map, there are options of Autopilot, Lock Screen, and Full Screen. Down it, the Snake’s Power and Speed (Meter) is shown as well.

2. Leaderboard: In the top-right corner, you’ll find the first ten snake usernames, along with their position (#), red-crown on the rebel, score, and the number of crowns collected by each snake. Your name comes after the top-ten names along with your position.

3. Progress: You can find your kills of various creatures in the down left corner of the screen. Symbols for each are:- Skull (for snakes), Slug, Bug, and Egg.4. Keys: In the top-left corner, you can view the number of keys that you have gained.

5. You can occasionally see the people who are killed or are joining in the left or at the top of your screen.

6. You’ll also be notified if you pick up goodies, the rebel’s hunt is over, and when the bounty is set by the Snake King.

What is Little Big Snake?

LittleBIGSnake is an online IO snake game by Addicting Games, and OMJ– it is one of the most addictive IO games online!

What is the highest score in Little Big Snake?

Scoring. Credited to player HOUDINI. …
Maximum Score. The highest score possible in a game of Little Big Snake is 175,200,000(With a maximum level dominator) …
Summary. Combining scoring metrics and maximum score into a single image to easy reference.

How do you become a rebel in Little Big Snake?

To become a rebel in LittleBigSnake, you have to be the #1 player in the server. Get over 100k mass, and Rudolph XIV (The Snake King) will put a bounty on you. The person who slays the rebel will receive a reward, whether it’s VIP or coins/gems/skins.

How do you play Little Big Snake on PC?

Now you can just double click on the Game icon in bluestacks and start using Little Big Snake Game on your laptop. You can use the Game the same way you use it on your Android or iOS smartphones. If you have an APK file, then there is an option in Bluestacks to Import APK file.

Creators of LBS. LittleBigSnake was developed in Russia but is operated by an American company, LittleBigSnake Inc. The game lives on the IO games website iogames. space and is co-owned by Addicting Games a free game website. 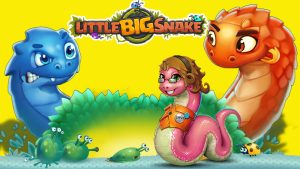 Little Big Snake Unblocked (.io) is an epic new .io game with awesome graphics bugs to evolve your snake while avoiding other snakes.